In a rivalry that has become as intriguing as the race for the Tokyo 2020 Olympics, Melissa Humana-Paredes and Sarah Pavan and April Ross and Alix Klineman continued to build the hype. 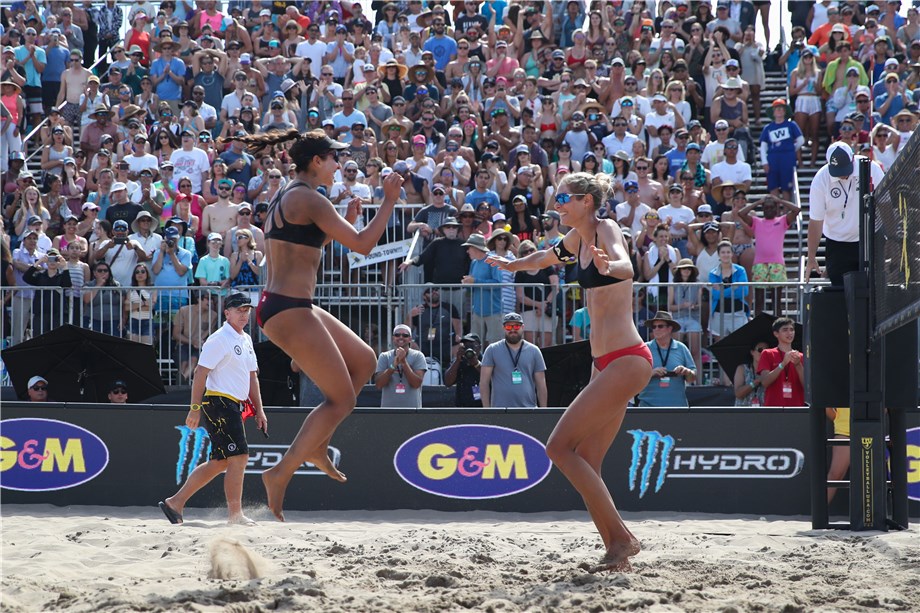 In another enthralling chapter on Sunday, reigning FIVB World Champions Pavan and Humana-Paredes had just enough to outlast Ross and Klineman in the championship match of the legendary AVP Gold Series Manhattan Beach Open, 2-1 (28-26, 16-21, 16-14), a struggle between the world powers that lasted 1 hour, 18 minutes.
It was the first victory on the AVP tour for the Canadians and they earned their plaques on the historic Manhattan Beach Pier, where all champions of a tournament that began in 1960 years ago are enshrined.
“It means a lot to create history and be immortalized on the pier,” Humana-Paredes said. “One of the things you hope as an athlete is to leave a legacy behind and I think we’re doing that.”
It’s been a summer of love for the Canadians, who captured the world title in Hamburg in July with a finals victory over Ross and Klineman. They also won on their home sand in Edmonton. They returned to Europe and captured the Vienna Major 5-star two weeks ago.
The teams entered the week with Ross and Klineman, the defending Manhattan Open champions, ranked No. 1 in the world with Pavan and Humana-Paredes ranked No. 2.
2019-08-21
Thank you so much, if you tweet or share
Tweet