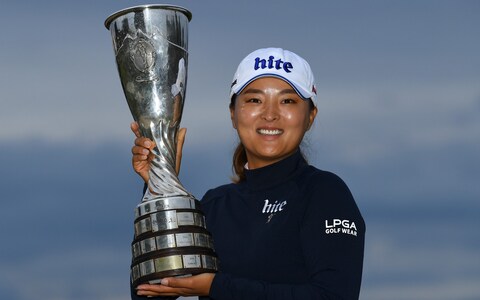 Defending champion Jin Young Ko heads the field as Rolex Rankings No.1 having had a stellar year which saw her claim a second major last summer at the Evian Championship, winning four LPGA Tour titles in total.Â

Sweden's Pernilla Lindberg, who won the previous year, triumphed in a dramatic eight-hole play-off that saw the tournament extended to the Monday when darkness halted play after four holes on Sunday afternoon. What started as a three-way playoff was whittled down to two when the USA’s Jennifer Song was unable to match the birdies by Inbee Park and Lindberg at the third extra hole.

Then world ranked No.95, Lindberg remarkably outlasted Park, one of the most renowned putters in the game, when she holed a pressure-filled 25-foot putt as Park missed a 15-foot birdie chance to extend the play off.

At the time, a shocked Lindberg delightfully remarked, “I remember writing some goals in high school about the dream scenario to win a major and leave a mark in history. It felt like too big a dream to come true but it has.”

The ever-popular South Korean commented, “I am very excited to return to Mission Hills. I love everything about the place. It’s so beautiful with all the flowers and the backdrop of the mountains, the amazing sunshine and, of course the crowds are amongst the best of our year. Most important of all, the Dinah Shore Tournament Course really suits my eye, I have managed to win there before, so I always really look forward to returning to play it.”

Park continued, “It felt great to win again in Australia and I think it will really help my confidence ahead of such an important season where my aim is to qualify for the Olympics and be able to defend my title.”Â Â

Fellow South Korean So Yeon Ryu, winner in 2017; New Zealand’s record breaking Lydia Ko the 2016 champion; the seemingly ever present on the leaderboard U.S. star, Lexi Thompson who won the title in 2014; and Yani Tseng, the 2010 champion, will all be looking to get back to their Major winning ways at the first Major of the year.

American duo Brittany Lincicome, two-time champion in 2009 and 2015, and Stacy Lewis, 2011 champion, both return as mothers and will be looking to emulate their Solheim Cup captain and mom of two Juli Inkster’s winning ways.

Ticket prices to watch the world’s best golfers compete in the first Major of the year start at $15 for pro-am day and from $30 on competition days,Â while children 17 and under are welcome free of charge when accompanied by a ticketed adult.