Australia’s Jessica Fox won her sixth individual canoe slalom title, successfully defended her 2017 K1 world crown, and became the most successful individual paddler in the history of the sport on an emotional day at the 2018 ICF Canoe Slalom World Championships in Rio. 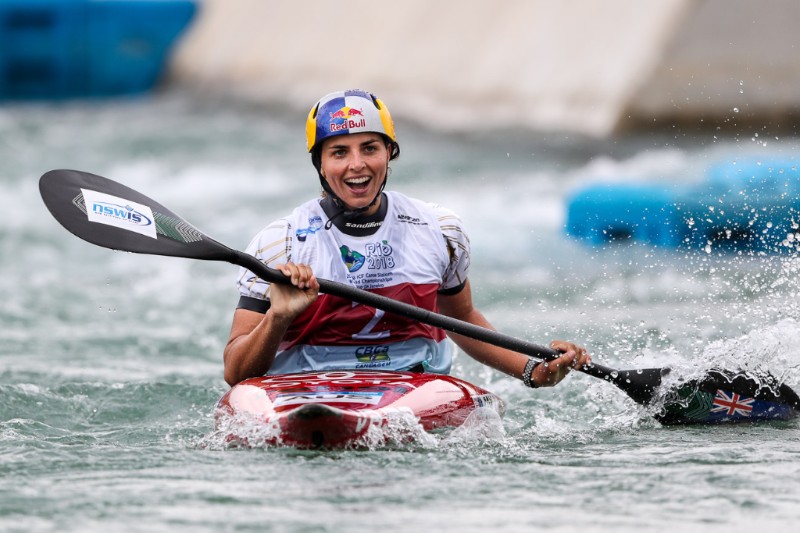 Fox had qualified sixth fastest for the K1 final, and watched on as the top five qualifiers all failed to top her 102.06. She said her win was some compensation for the disappointment of finishing third at the Rio Olympics.

“I had a great run until I got to the bottom section and than it almost fell apart. I’m just so happy I was able to hold it together and escape what could have been a terrible mistake.

“With Rio I felt like I had a bit of unfinished business after the Olympics, I left a bit frustrated with my paddling. I just wanted to come here and be free and really unleash in that final.

“I can’t say I look at the statistics, I’m just here to do what I can do. I hope six world titles is not the end of my journey, I’m feeling like I’m at my best and hopefully can keep going that way.”

Great Britain’s Mallory Franklin took the silver in 104.34, and Germany’s Ricarda Funk, with a two-second penalty, was third in 105.32.