South Africa’s Ashleigh Buhai stormed three shots clear at the AIG Women’s British Open with a flawless second round of 67 in front of nearly 16,000 people at Woburn Golf Club. 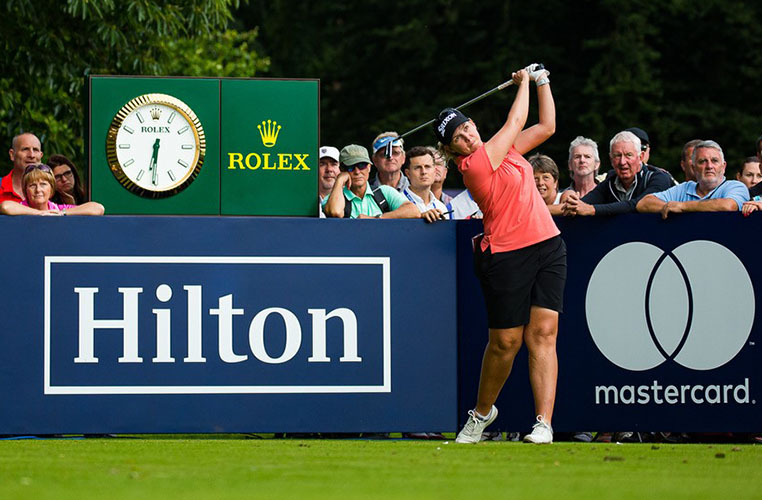 The first-round leader did not tee off until 2pm, by which time a number of players had overtaken her on the leaderboard, but she held her nerve to post five birdies and reach 12 under for the tournament.

Japan’s Hinako Shibuno is second on nine under thanks to a 69, with American Lizette Salas another stroke back and local favourite Charley Hull among five players at seven under after a second-round 70. Defending champion Georgia Hall had a second successive 69 to lie tied ninth.

Buhai said: “My goal going out today was to get to double figures. Once I got it to eight, nine and 10 under, I felt more comfortable and was able to put my foot down. I managed to hit it really close on the 15th hole for a tap-in birdie, and had a good shot into 16 and then holed the putt.Â

“The front nine I was really steady, I didn't hit many shots close. I birdied my second hole with a good wedge, and hit a few good putts. I'm trying not to keep thinking it's a Major; it's just another tournament.”

Shibuno did not have high expectations heading into the tournament but has been pleasantly surprised by her first experience of Woburn. She said: “I thought the British Open was a links golf course. I knew, but my image was everything links. I just wanted to make the cut, that's all. I’m a little nervous for the weekend.Â

Hull said: “I started well but couldn't get the pace of the greens. I missed a few putts I should have holed for birdie. I made a couple of bogeys through 13 and 14 where I should have got up and down.Â

“I holed a few to finish, so ended on a positive. I sometimes like being the underdog. When I play Solheim Cup in America and the crowd is cheering against you, I always prefer that. I don't know why. I’ve just got to stay focused around here.”