Netball Australia has today announced a bushfire relief fundraising showcase match between the Australian Diamonds and a Suncorp Super Netball All Stars team at Qudos Bank Arena in Sydney on Sunday 1 March. 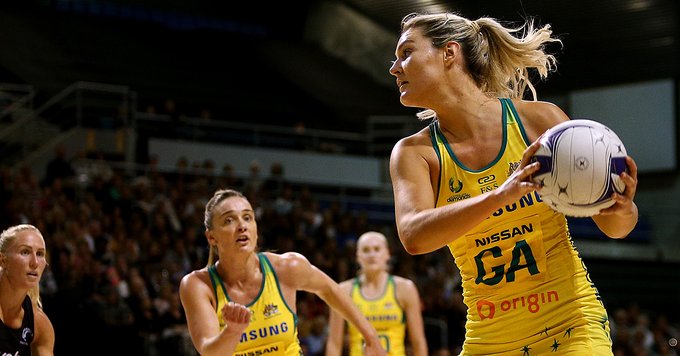 The Australian Diamonds will come together outside of official scheduled duties to take on the Suncorp Super Netball All Stars and raise funds to support those affected by the Australian bushfires. Further information on this match including match time, how to purchase tickets and how the All Stars team will be selected will be made available in the coming weeks.

Netball Australia CEO Marne Fechner has acknowledged that the entire Australian netball community has rallied to support those in need.

“The bushfires that have ravaged large parts of Australia over the past few months have been truly devastating, and netball is committed to providing both immediate and sustained relief for bushfire-affected communities,” she said.

“The Australian netball community has a wonderful resilience and determination. We’ll do everything we can to assist both the broader Australian community and also grassroots netball-specific recovery efforts around the country.”

Australian Diamonds captain Caitlin Bassett has been moved by the devastating events and is excited to be bringing her team together for such a good cause.

“Our entire squad has seen these devastating events unfold over the past few months and our hearts go out to those affected. As a group, we’re eager to do anything possible to help and looking forward to getting out there in front of a packed house in Sydney.”

Former Australian Diamond Susan Pettitt grew up in a bushfire-affected region and is proud to see her sport come together at such a crucial time.

“I’ve seen firsthand the impact that these fires have had on communities with parts of my parent’s property on the south coast of NSW being burnt out. The emergency threat for some communities isn’t over yet and the recovery for affected regions will take years so it’s great that the Australian netball community has come together to support such a worthy cause.”

All funds raised through Netball Australia’s initiatives will be donated to the Red Cross Disaster Relief and Recovery Appeal (https://fundraise.redcross.org.au/fundraisers/NetballAustralia/fundraise-for-disaster-relief-and-recovery)Â and a Natural Disaster Relief Fund (https://confident-girls-foundation-bushfire-appeal.raisely.com/)Â which has been established through the Confident Girls Foundation with the purpose of supporting netball-specific bushfire relief and recovery projects.

Netball Australia’s response to this disaster will continue to evolve and the sport looks forward to working closely with stakeholders, partners and grassroots communities to ensure netball has a real and sustained impact on community relief and recovery.