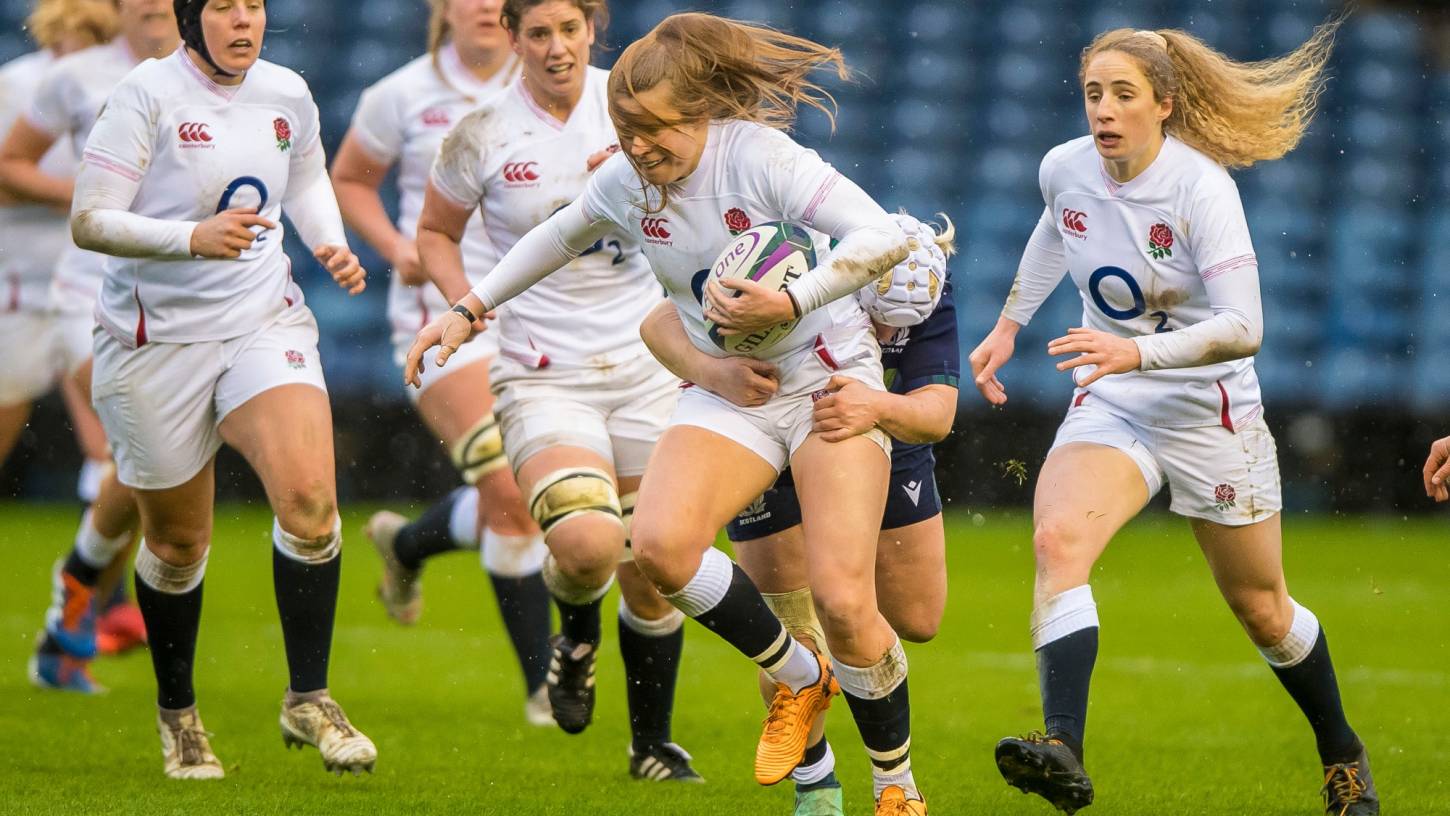 England Women proved too hot to handle in the snow as they swept to a 53-0 victory over Scotland at BT Murrayfield.

Extreme weather in Glasgow on Sunday forced the Championship match to be rearranged and moved to Edinburgh where there was no stopping England.

Abby Dow scored a stunning try while Sarah Bern and Jess Breach crossed as the visitors established a 22-0 lead at half-time before the conditions took a turn for the worse.

But England stepped up a gear as Emily Scott scored a quick-fire double before tries from Dow, Sarah Hunter and Claudia MacDonald wrapped up a convincing triumph.

Simon Middleton’s side were looking to follow up their 19-13 win over France on the opening weekend and they got off to a fine start, scoring inside the first three minutes.

After Scarratt made hard yards, lock Poppy Cleall was unlucky not to be awarded a try when she appeared to touch down before Bern finished the job, powering over from close range. Scarratt added the extras.

Scotland tried to get out of their own half but a lost lineout on halfway created another opening for England as Dow made a blistering break.

Breach then did well to fend off a tackler before teeing up flanker Vicky Fleetwood who was stopped just short of the try-line.

A couple of handling errors from Zoe Harrison scuppered attacks but England added to their account on 18 minutes.

No.8 Jade Konkel was pinged for holding on following great work by Hunter and Scarratt landed the penalty.

But mistakes continued to creep into England’s game as Natasha Hunt twice knocked out at the base and Breach fumbled a high ball.

This gave Scotland hope as they gained possession in England’s half on 24 minutes and started to get a foothold in the match.

But when passes stuck the visitors proved too strong, scoring two more tries before the interval.

Scarratt produced a superb miss-pass out wide to Breach who slid over on the half-hour mark. Dow then scored a stunner eight minutes later.

Coming into midfield, Dow received the ball inside her own half before slipping off three tackles as she weaved her way through to score.

Scarratt landed the conversion to extend England’s lead to 22-0. And they took little time to grab the bonus point in the second half.

Cleall thought she had scored the fourth when she pounced on Sarah Beckett’s kick only for it to be chalked off for offside.

But on 43 minutes England moved the ball through the hands before Scott straightened up and darted through.

The snow was pouring down but nothing could hold England back as they notched their fifth on 48 minutes.

A cross-field kick from Harrison found Dow who fumbled but Scott was on hand to score with Scarratt converting.

Scott could have completed her hat-trick on 55 minutes but she unselfishly fed Dow who crossed in the corner for her second to make it 39-0.

England made a host of changes but the replacements just injected more energy into the side with front-rowers Amy Cokayne and Hannah Botterman adding to the attack.

The away side had another try ruled out after Scarratt’s pass to Breach was adjudged to have gone forward.

But with the pack firmly on top a powerful scrum resulted in Hunter dotting down with Scarratt converting on 64 minutes.

Scotland plugged away as they got into England’s 22.

But with four minutes left MacDonald pounced on a mistake from Chloe Rollie and dotted down for the eighth. Scarratt added the extras to break Daley-McLean's record and cap an excellent afternoon for England.
SUMMARYTIMELINETEAMS