The Queensland Firebirds are winless no more, defeating the West Coast Fever 68-goals to 62 to close out Round 13 at Perth’s RAC Arena on Sunday afternoon.

Queensland were desperate to snap their winless streak from the opening whistle, blowing the Fever off the court with a 19-goal first term and holding off the home team from there.

After the slow start, the Fever fought hard to get back into the match, winning both the second and third quarter bonus points. But it just wasn’t enough, as the Firebirds sealed the game with a huge final quarter on their way to a six-goal win.

It wasn’t the prettiest netball early, with plenty of passes ending up in the stands and some very gettable shots finding their way into the hands of the rebounding defenders.

But this only added to the excitement, as the play became unpredictable and the ball swung from one end to the other in a flash.

The Firebirds were able to settle first, jumping out to a five-goal lead at the first break, thanks in large part to their two pillars in attack, Player of the Match Gretel Tippett and Lenize Potgieter who bullied the Courtney Bruce-less Fever defence early.

West Coast got to work clawing their way back in to the contest immediately, outscoring the Queenslanders nine-goals to seven in first half of the second quarter and drawing to within two goals of the visitors.

After a well-timed timeout by Rosalee Jencke, Queensland responded to the Fever surge, thanks to some clever work from wing attack Caitlyn Nevins, who upped the tempo of the Firebirds attack, racking up 38-feeds and 22-assists for the game. 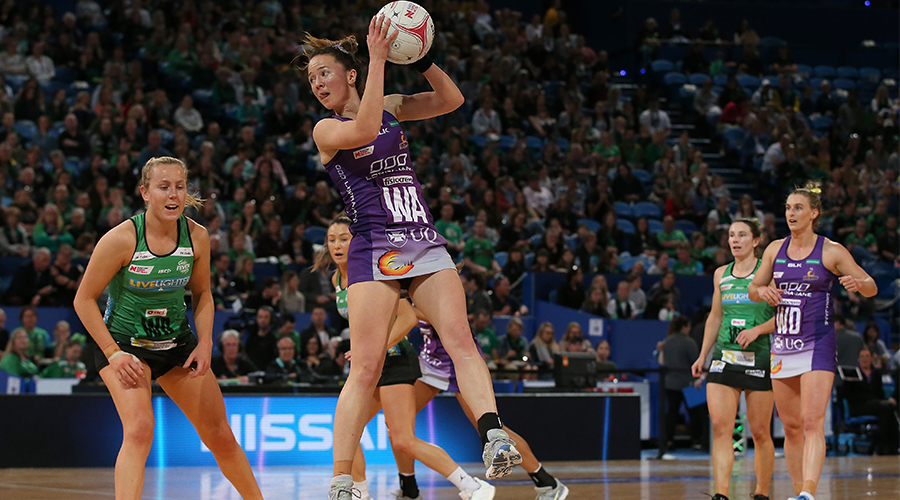 When the Fever burst out of the changerooms and took the lead in the opening minutes of the second half, Jencke was forced to burn an early timeout, shaking up her line-up by replacing Potgieter at shooter with Romelda Aiken, who had been at goal keeper.

The move paid off right away, as the Firebirds feeders took advantage of the big target up forward and started to stretch the Fever across the court with their long direct passing, reclaiming the lead midway through the quarter and taking a 2-goal buffer into the final break.

West Coast were looking for a spark early to build the momentum, and it came almost immediately when Jess Anstiss pulled down a huge interception over Nevins and Verity Charles found Jhaniele Fowler alone under the post. 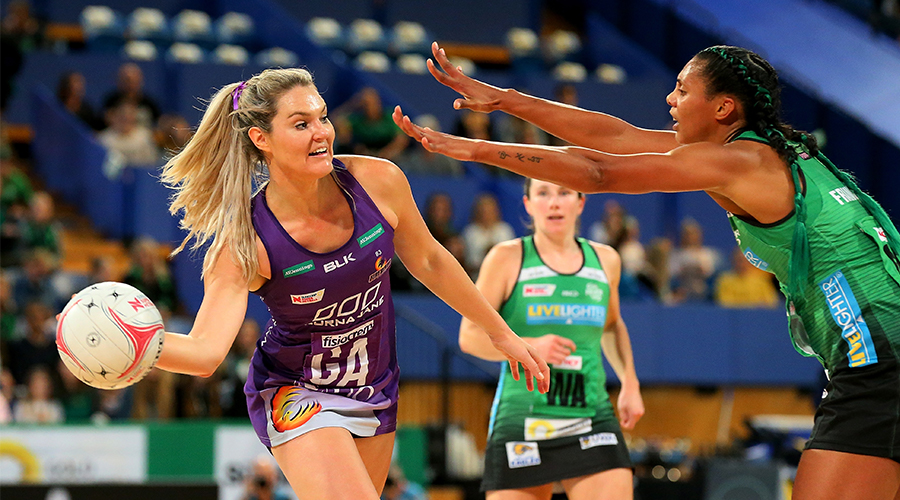 But the Firebirds refused to lie down, desperate to secure their first win for the 2019 season, and Tippett grabbed the game by the scruff of the neck and broke the spirit of the home team, scoring 11 of her 30-total goals in the final term to put the Fever away.

Both teams will play their final games of the season next Saturday at Sydney’s Qudos Bank Arena, with the Fever taking on the desperate GIANTS and the Firebirds going up against the Swifts. Â