Blood was spilled and no love was lost as Giants Netball won a spiteful Round 11 Super Netball clash against the Queensland Firebirds.

Firebirds star Gretel Tippett suffered a suspected broken nose and defender Kim Jenner set the 2019 record for the most penalties by a player in a single game as both teams crashed and bashed their way to a 63-57 Giants win that leaves the Firebirds still winless after 11 rounds.

A 21-12 third quarter from the Giants was the difference, with the teams splitting the bonus points afterÂ the Firebirds foughtÂ back to win the final term.

But it was the 60-minute wrestling match that both fans and commentators will be pulling apart at length in the coming days, after a torrent of penalties at both ends of the court. 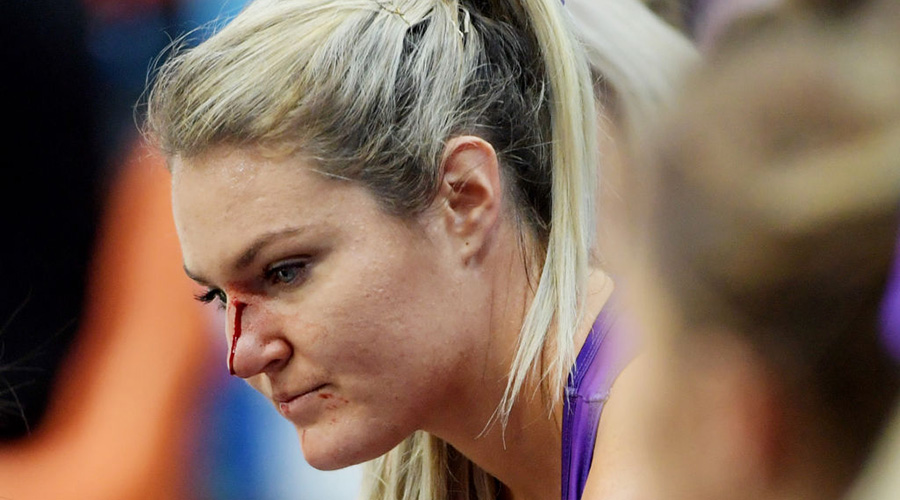 The Firebids were penalised a staggering 90 times as they bid to upset the Giants rhythm, with goal defence Jenner having 32 penalties on her own – the most of any Super NetballÂ player this season. The Giants had 59, with Kristiana Manu’a whistled 20 times.

It didn’t take long for the physicality to take its toll, with an innocuous Manu’a elbow less than five minutes into the first quarter striking Tippett on the bridge of her nose, with blood gushing from it and forcing a stop in play for several minutes.

A patched-up Tippett returned to the court to start the second quarter, but with heavy swelling around her nose and eyes becoming more evident late in the match, scans may reveal a break.

Before the injury the Firebirds started with a rush, leading 7-2, but they struggled with the new combination when Abigail Latu-Meafau took Tippett’s place at goal attack, conceding six goals in a row as the Giants hit the front for the first time. 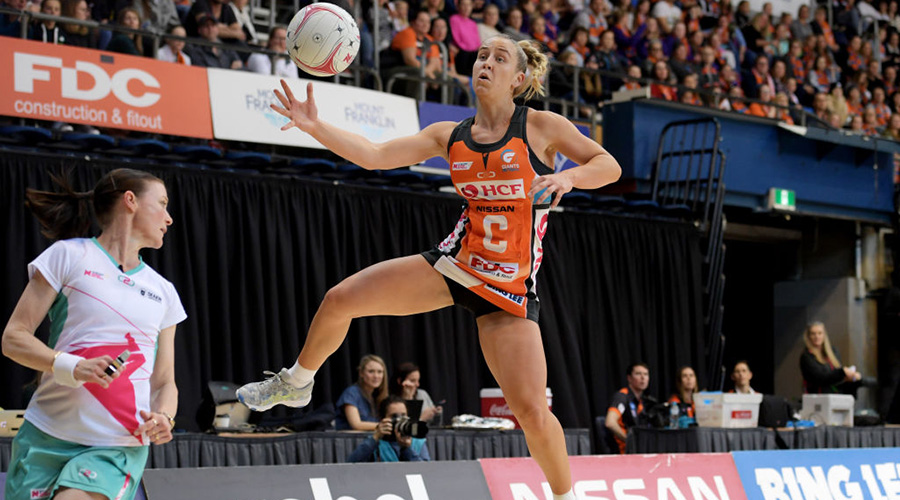 But the Firebirds soon found their rhythm again and bounced back to take a 15-13 lead at quarter-time.

The Firebirds extended their lead to four early in the second term before the Giants rallied with the last three goals of the quarter to claim the bonus point and reduce the gap to one.

The change appeared to do the trick, with the Giants scoring 10 of the first 13 goals to establish a 38-32 lead and eventually claim the quarter 21-12 – enough for an eight-goal advantageÂ heading into the fourth.

The Firebirds won the final quarter 16-14, but with Giants goalers Caitlin Bassett (30/32) and Nissan MVP Jo Harten (33/39) continuingÂ the share the load, they did enough to hang on for an important win that sees them maintain their spot in the top four, with a crucial Round 12 clash beckoning against the Sunshine Coast Lightning.