Great Britain were defeated by Australia in China

First half goals from Brooke Peris and Kalindi Commerford put Australia into a 2-0 lead which they held onto in the second half. 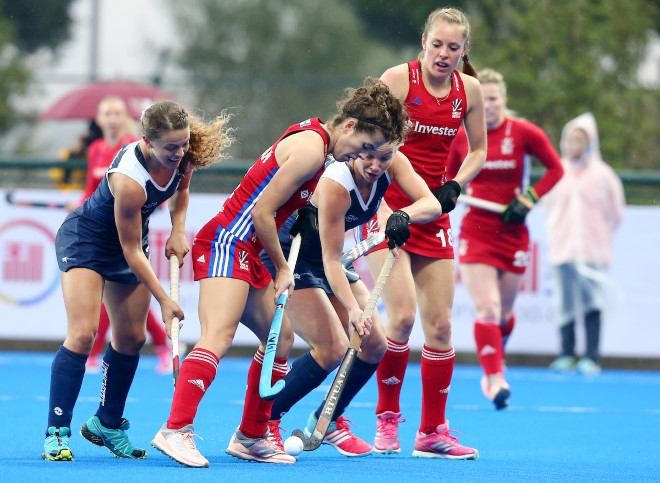 Australia moved into the lead on nine minutes through Peris. Goalkeeper Amy Tennant cleared the ball wide to Greta Hayes who hit a cross to Peris on the back post where she deflected the ball high into the corner.

Great Britain improved in the second-quarter, dominating possession and putting pressure on the Australia back line but they conceded again on the stroke of half-time. Commerford collected the ball at the top of the circle, moving past her marker and slapping into the bottom corner.

There was plenty of attacking intent from GB in the second half but Australia defended well restricting the likes of Hannah Martin and Sarah Robertson to half chances while Rachael Lynch was in solid form in goal.

Next up for Great Britain are Japan at 10am GMT on Tuesday morning as they look to clinch their first win of the tournament.