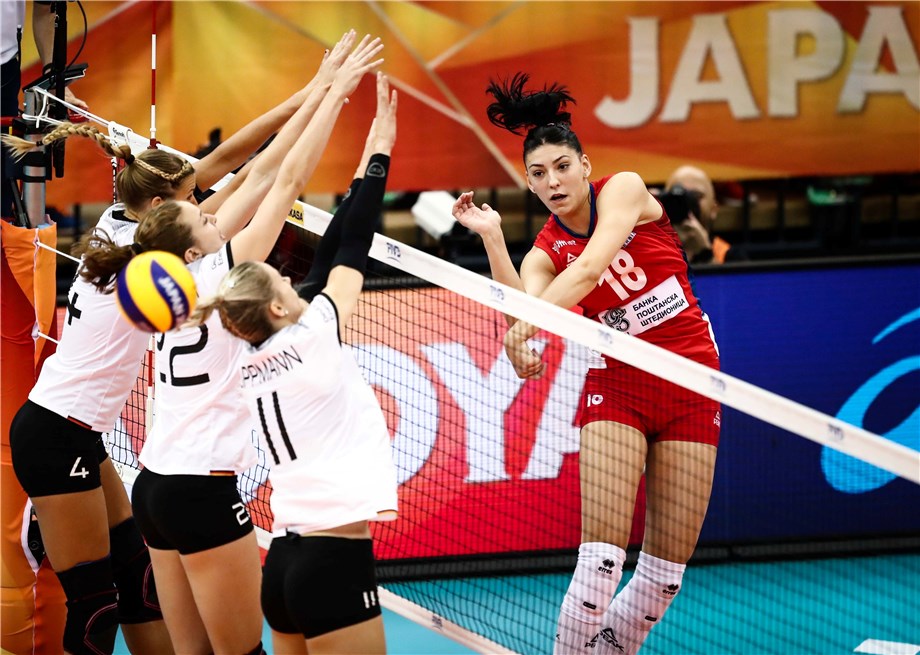 Lausanne, Switzerland, October 8, 2018 – Serbia became the first team to secure their spot among the best six of the FIVB Volleyball Women’s World Championship in Japan. On Monday, the Balkan squad continued their impeccable winning streak as they have not lost a single set in the seven matches they have played since the start of the tournament.
No matter what happens in the last two legs of the second round on Wednesday and Thursday, the Serbs can no longer be pushed out of the top three teams in Pool E, while the Netherlands, also unbeaten, Japan, currently on 6-1, and Brazil on a 5-2 record, will be battling it out for the remaining two spots in the pool.
On Monday morning in Nagoya, Serbia downed Sunday’s sensation Germany in straight sets with Tijana Boskovic leading the way with 17 points. The Germans served well, piling up eight aces, with Jennifer Geerties responsible for four of those and Louisa Lippmann – for three.
In Pool F in Osaka, four teams remain in contention for the top three places in the final standings. The fierce race between unbeaten Italy (21 points) and USA (19 points), as well as China and Russia (6-1 win-loss, 18 points each), is about to heat up further as these teams will be facing each other directly in the last two legs on Wednesday and Thursday. 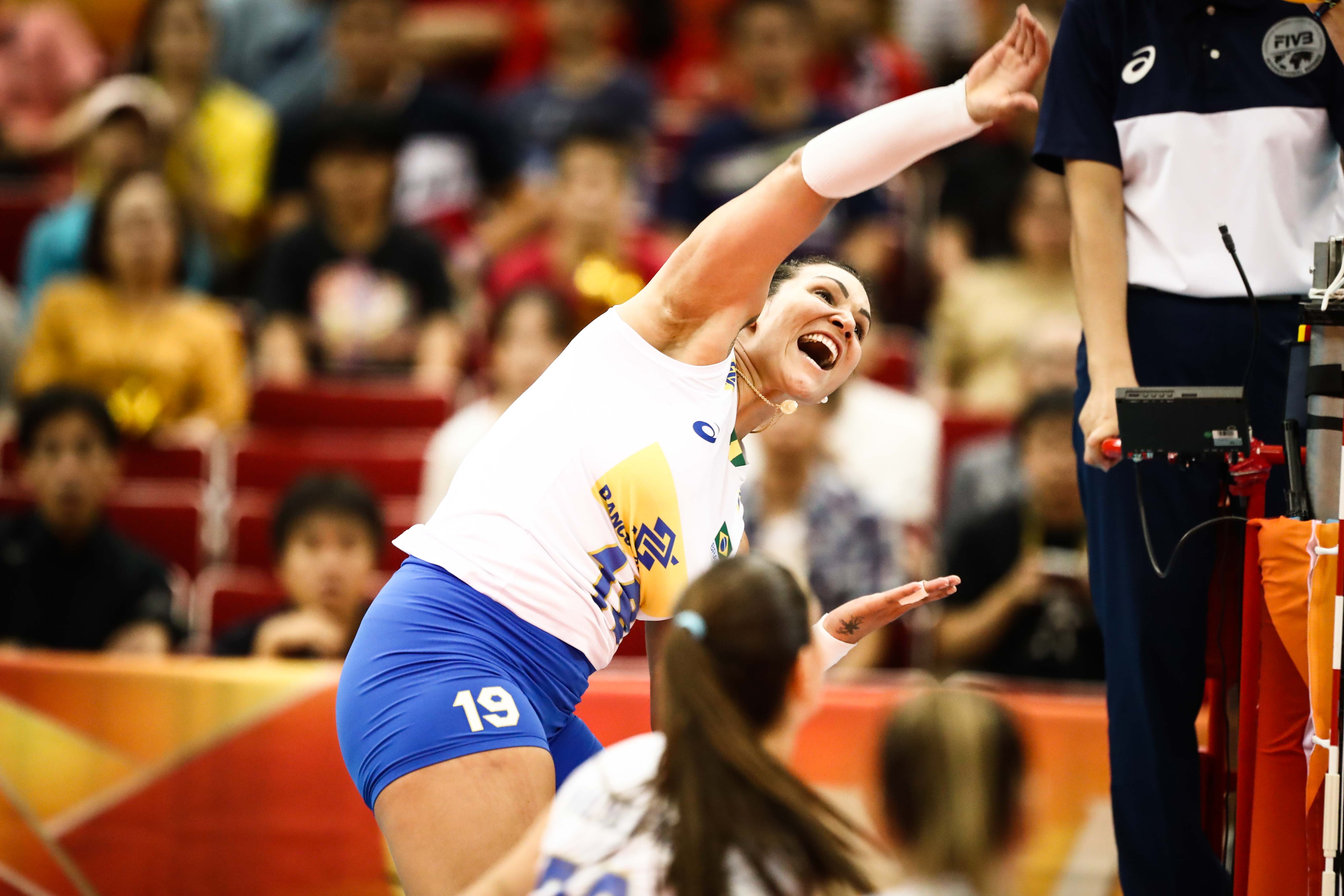 Brazil’s Tandara, the best scorer of the day at Japan 2018
Other Monday highlights:
• In the second Pool E match on Monday’s programme, Mexico surprised Brazil by winning the first set, but the South Americans reacted well, especially in blocking (11 stuffs in the game), to reach a four-set victory, their first against this opponent in any major world-level competition. Tandara Caixeta’s 25 points for Brazil made her not only the best scorer of the match, but also the best scorer of the day across both pools. Mexico’s serving efforts produced seven aces against none for the eventual winners.
• Lonneke Sloetjes hammered out five of Netherlands’ eight aces on the way to their straight-set win over the Dominican Republic in Pool E. She topped the charts of the match with a total of 23 points. This is the seventh victory in a row for the Dutch since the start of the tournament, the highest number of wins they have ever registered at a single edition of the World Championship.
• Puerto Rico’s 11 kill blocks did not stop hosts Japan from delighting a home crowd of eight thousand in Nagoya with a straight-set win in Pool E. This is the fifth consecutive and sixth overall victory for the Japanese at this World Championship.
• Bulgaria snatched one set from Russia in the early match in Osaka, Pool F’s only game of the day that lasted longer than three sets. While the southern European side have yet to beat Russia at any major world level competition, the Russians registered their 150th match and 125th win at the World Championships. Both sides displayed some quality blocking, with Bulgaria tallying 12 stuffs against 11 for Russia.
• The remaining three matches in Pool F on Monday were quite one-sided, with favourites USA, China and Italy convincingly shutting out Turkey, Azerbaijan and Thailand, respectively. 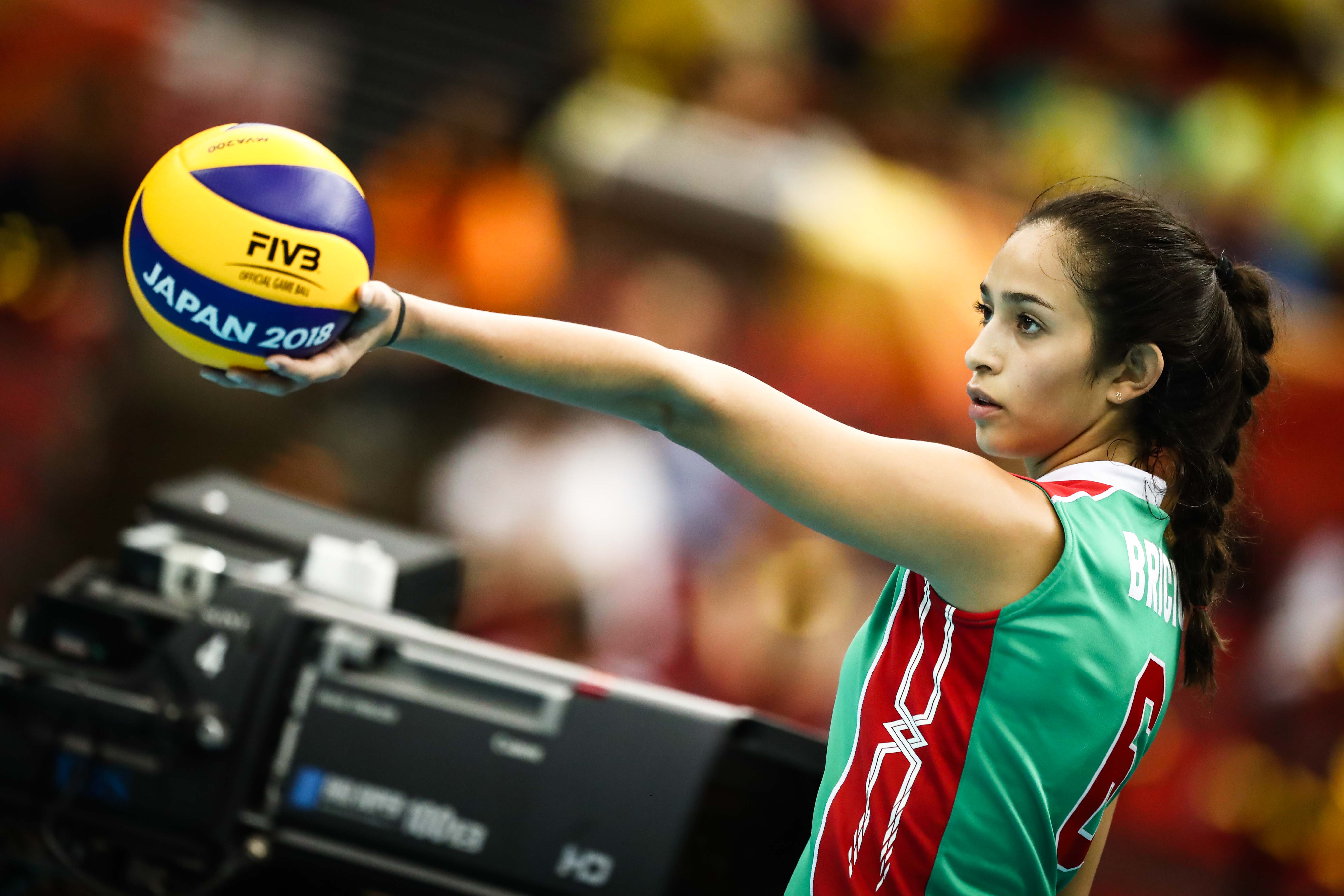 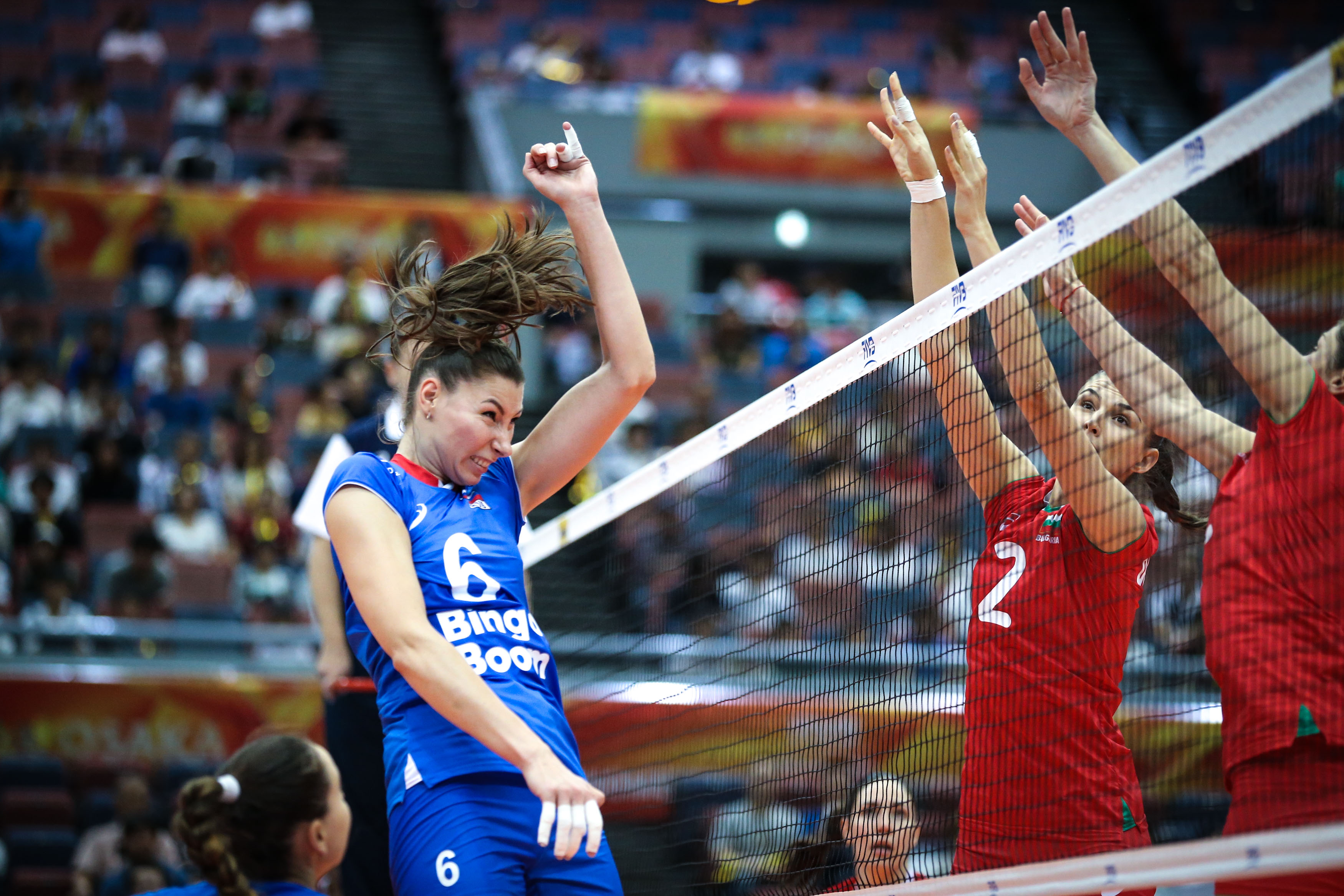