The Sunshine Coast Lightning produce a memorable comeback victory against the NSW Swifts in Round 11.

The Sunshine Coast Lightning have pulled off what could beÂ a season-defining victory, defeating the NSW Swifts 50-48 despite trailing by five goals in the last quarter.

The Lightning found something at the death to keep their minor premiership hopes alive, claiming two bonus points along with the win to move within three points of the Swifts at the top of the table.

In what was a brave performance for the injury-ravaged Swifts, who went into the game without three of their preferred starting seven, they looked the likely winners when they surged clear in the third term to grab a four-goal advantage, which became five in the lastÂ quarter.

But a pair ofÂ turnovers orchestrated by Lightning goal defence Karla Pretorius inside the final five minutes of the game saw the Lightning roar back into the contest and claim the lead with two minutes to go.

The Swifts weren’t done with yet, and whenÂ Steph Wood (13/20) had a passÂ tipped and reeled in by the Swifts defenders as the Lightning tried to play the ball around inÂ the last minute, the Swifts had a chance to tie the scores, with their own centre pass to come. 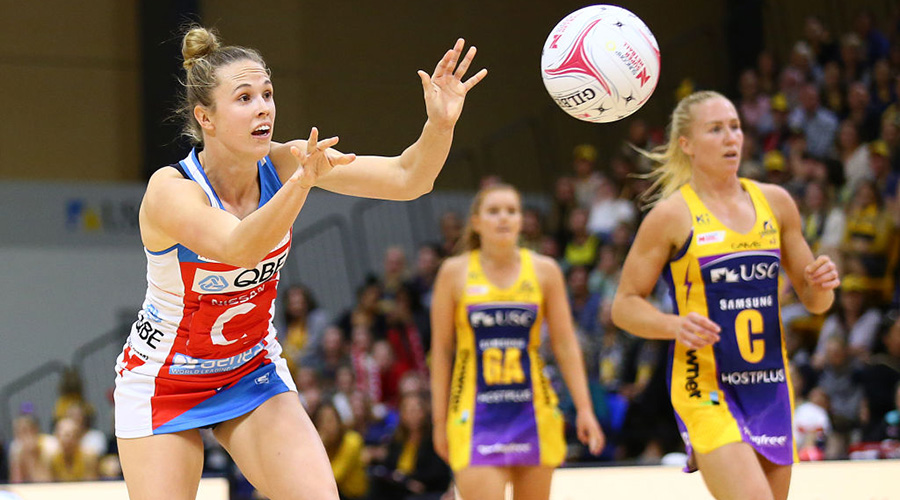 But a Sophie Garbin (11/14) shot bobbled out, allowing the Lightning to grab possession and put the game to bed with one moreÂ goal in the dying seconds.

The odds were against the Swifts from the outset. Smashed with injuries and on the road against the two-time reigning premiers, they went in as underdogs despite sitting atop the Suncorp Super Netball ladder.

Patched together during the week, they took the court without three of their first choice line-up, with goal attack Helen Housby becoming the latest casualty when she was ruled out on Friday with a leg injury, compounding season-ending injuries to captain Maddy Proud and defender Kate Eddy.

The Lightning took advantage of the unfamiliar Swifts combinations to skip out to a 10-5 lead in the first quarter, and remained in front 13-10 at the first change.

The damage could have been worse if not for a cold shooting night from Wood, who finished the quarter with three goals from six attempts, while Laura Langman uncharacteristically had two early turnovers. 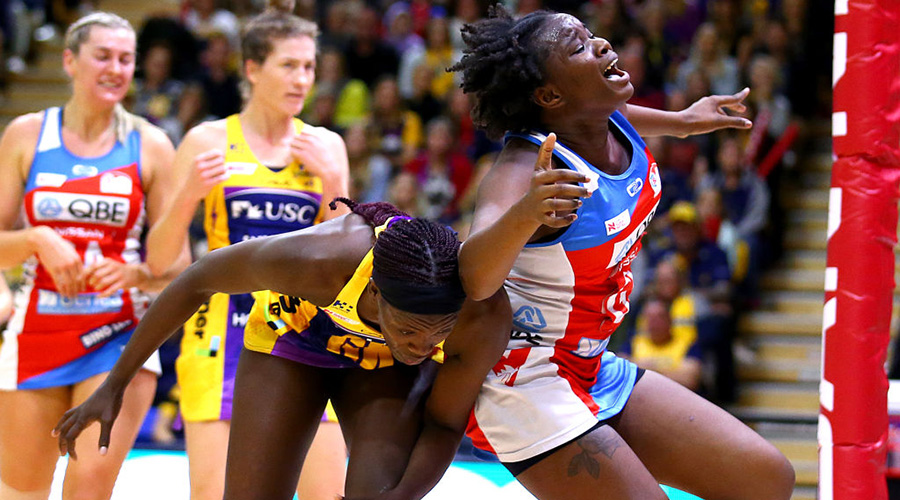 The Swifts wasted no time in throwing temporary replacement player and Silver Fern Katrina Rore into the fire, introducing her at quarter-time for wing defence Sophie Halpin.

Swifts coach Briony Akle tweaked the line-up again as the deficit swelled to four goals, calling on Tayla Fraser at wing attack while pulling England internationalÂ Natalie Haythornthwaite to the bench, and the move had instant results as the visitors poured in five goals in a row to take the lead for the first time.

The scores were tied 25-25 at half-time but the third quarter was all Swifts, as Sam Wallace (36/37) netted 11 from 11 to help open up a 39-35 lead, prompting Lightning coach Noeline Taurua to pull a shock move and bench Wood, with Cara Koenen (26/30) moved out to goal attackÂ and Peace Proscovia (11/11) taking up residence under the post.

The Swifts’ lead swung between four and five goals for most of the final quarter, before Pretorius’ turnovers turned the tide in her team’s favour, setting the scene for the thrilling finish.