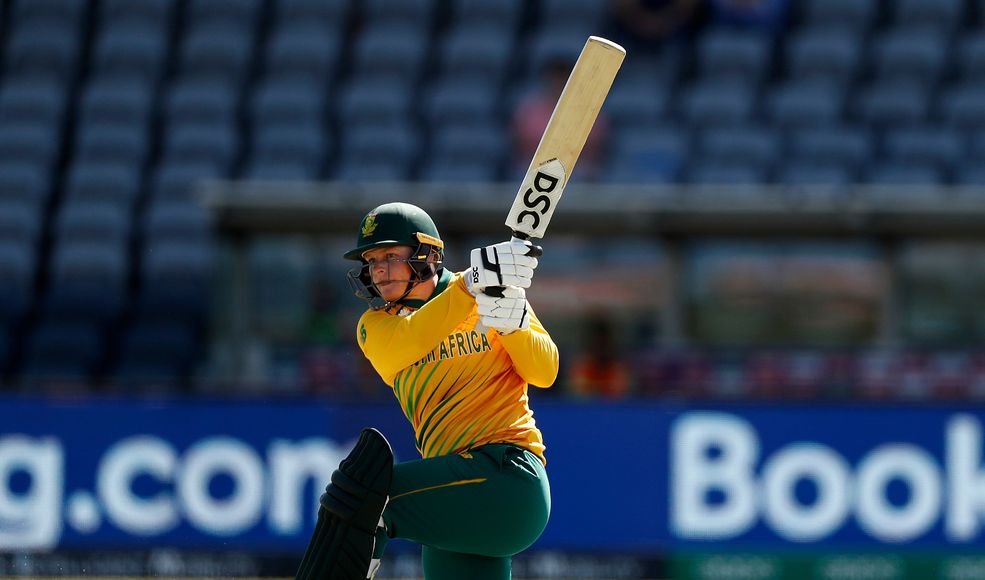 Lee took the Thai attack apart with the T20 World Cup’s fifth ton. As many as 88 of her 101 runs came from boundaries as the Proteas posted 195/3, the highest team total in the tournament’s history. With Sornarrin Tippoch’s debutants slipping to 82 all out, South Africa strengthened their grip on Group B as they face Pakistan on Sunday with the semi-finals in sight.

Thailand have a knack for nabbing early wickets and were gifted one when Dane van Niekerk (2) patted Ratanporn Padunglerd’s full toss to mid-on.

Lee, 10th in the MRF Tyres ICC T20I Batting Rankings, dominated the scoring and slog-swept Onnicha Kamchomphu for a 75-metre six. Thailand used seven different bowlers inside nine overs but none could withstand Lee’s assault and she reached 50 from 35 balls with a straight six.

he had come in without a half-century in nine international innings, but glided towards a century in 59 balls, showing her touch with a late cut for four before bringing up a ton fittingly with a four.

No sooner had she raised her bat to salute a jubilant South Africa dugout than she chipped a catch back to Suleeporn Laomi to end a strong partnership with Sune Luus on 131.

Luus ticked to her fourth T20I fifty, even as Chloe Tryon carted Tippoch over the leg-side fence twice in a penultimate over that cost 20, lifting their side to a record total.

It didn’t take long for Thailand to lose their first wicket as Natthakan Chantam was run out by a fine throw from wicket-keeper Trisha Chetty. Ismail tore the Thai order asunder, beating Nannapat Khoncharoenkai and then Naruemol Chaiwai for sheer pace in successive balls to complete a team hat-trick.

Tippoch and Nattaya Boochatham played out two maidens before a world-class catch from Laura Wolvaardt at mid-wicket accounted for the Thailand captain.

Kamchomphu led a lone resistance, taking Ayabonga Khaka for back-to-back boundaries and striking Thailand’s first six at the Women’s T20 World Cup off van Niekerk. She nicked Luus behind in the 12th over, before Chetty whipped off Boochatham’s bails to end her 31-ball vigil and also stumped Wongpaka Liengprasert (6) for the seventh wicket.

Chanida Sutthiruang was given out lbw on review off Nadine de Klerk, Laomi looped a catch to van Niekerk and Ismail castled Padunglerd to complete a comprehensive win.