Wing Beibhinn Parsons ran almost the length of the field to score the decisive try in Ireland’s 18-14 victory over Scotland in the Women’s Six Nations. 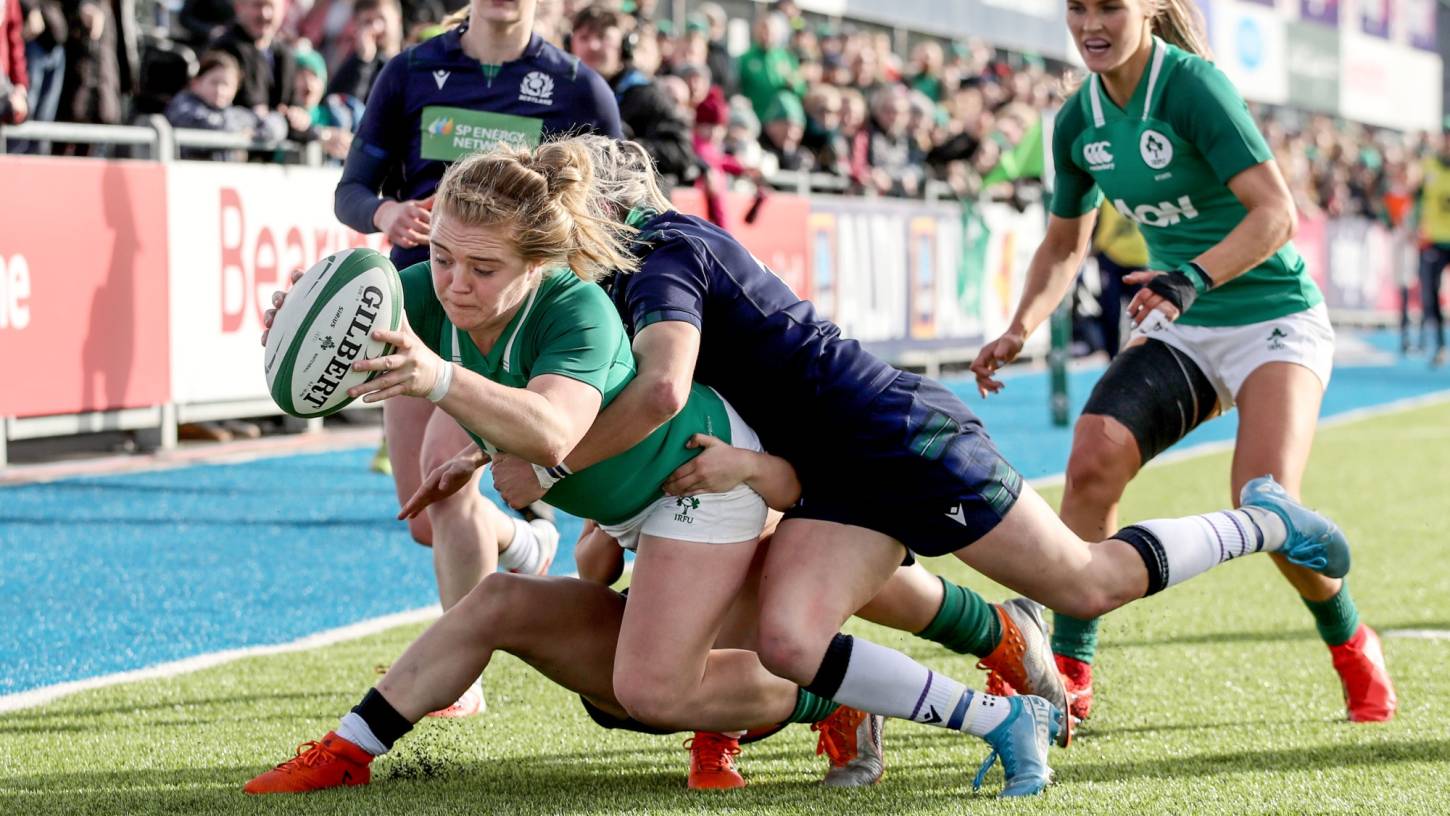 After falling 13-0 behind in the opening 15 minutes a power-packed Scotland side clawed their way back and threatened to score a second try deep into the second half at Energia Park.

But Parsons intercepted Sarah Law’s loose pass before sprinting home for the pivotal score on 66 minutes.

Scotland still refused to give in and salvaged a losing bonus point with a converted try late on throughÂ Emma Wassell.

Ireland threatened from outset with No.8 Anna Caplice making a dart before full-back Lauren Delany was stopped just short of the try-line.

Scotland were then penalised for not releasing on six minutes and fly-half Ellen Murphy kicked Ireland 3-0 in front.

Centre Michelle Claffey and Caplice moved the ball wide to hooker Cliodhna Moloney who beat wing Megan Gaffney with a show-and-go before holding off two tacklers to score in the corner.

Scotland were coming under all sorts of pressure in the opening stages and Ireland scored another unconverted try on 15 minutes.

Captain Ciara Griffin surged for the line after linking up with back-row colleague Edel McMahon before the ball was recycled and centre Sene Naoupu eased over.

Scotland’s first entry into the opposition’s 22 came on 24 minutes after a succession of penalties by Ireland only for the chance to be lost following an errant lineout.

As the half wore on Scotland began to find their feet courtesy of their dominant scrum and Ireland’s rising penalty count.

Opting to kick for the corner rather than go for goal, Scotland’s persistence was rewarded with a try on the stroke of half-time.

After a mounting pressure inside the 22, centre Lisa Thomson slipped off a tackle and dotted down near the posts.

Helen Nelson added the extras to close the gap to 13-7.

There was now little between the two sides as belief filled the away team.

Ireland's Delany made a burst from deep at the start of the second period but Scotland responded with clean breaks from centre Hannah Smith and captain Rachel Malcolm.

The visitors were gaining in confidence as they put together some free-flowing moves with replacement fly-half Law pulling the strings.

Full-back Chloe Rollie almost produced a stunning score on the hour mark, beating several defenders after stealing the ball only to be brought down.

Scotland were pushing hard as Nicole Cronin put her body on the line to stop Smith from touching down at the base of the post.

But Scotland were then hit with a sucker punch on 66 minutes.

With Scotland deep on attack Law’s pass was intercepted by Parsons who ran from just outside her side’s five-metre line to score.

Parsons’ unconverted try gave her side a 18-7 advantage but Scotland refused to give in and made Ireland sweat.

The hosts were reduced to 14 players when replacement prop Leah Lyons saw yellow on 74 minutes before lock Wassell powered over.

Law landed the touchline conversion to set up a tense finale but Ireland hung on to get their campaign off to a winning start.