The records continued to tumble for Australia’s Jessica Fox on the final day of the ICF Canoe Slalom World Championships in Rio, her victory in the women’s C1 confirming her status as the greatest female paddler in the history of the sport. 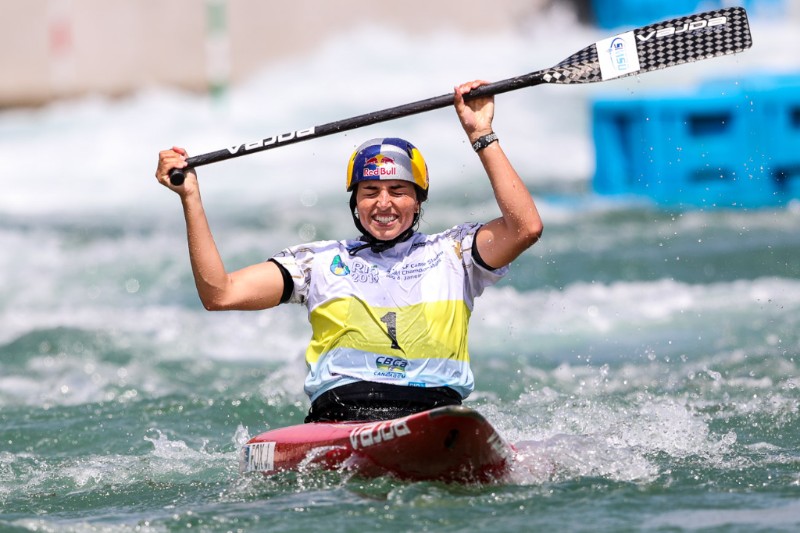 Fox was once again in a class of her own in the women’s C1. She has now won the title four times, has won the K1/C1 double for a second time, and managed to paddle through an entire season undefeated in C1.

Her win takes her total world titles across all disciplines, including teams, to eight, leapfrogging her mother, Myriam Jersusalmi, to become the most successful female canoe slalom paddler of all time.

24 hours earlier the overtook her father, Richard, as the most successful individual athlete of all time.
“It’s been the perfect season, the perfect world championships, I’m absolutely thrilled,” Fox said.

“Yesterday was really hard because I couldn’t appreciate what I had achieved because I had the C1 semis in the afternoon. But now all the emotion is there, it’s amazing to share it with everyone that’s here – my team, my family – I can’t wait to get home and celebrate.

“Growing up with two parents who were very successful in the sport was always pretty daunting, and I never thought I would be able to beat dad’s record of five titles, or achieve what mum achieved.

“To beat them is very cool, very special, but it’s as much their achievement as mine.”