GEORGIA HEFFERNAN RULED OUT FOR SEASON MAGIC AND STARS PLAY OUT FIRST EVER DRAW
Rugby - 02. February 2020.

England Women held their nerve to see off France Women 19-13 in a pulsating encounter at the Stade du Hameau. 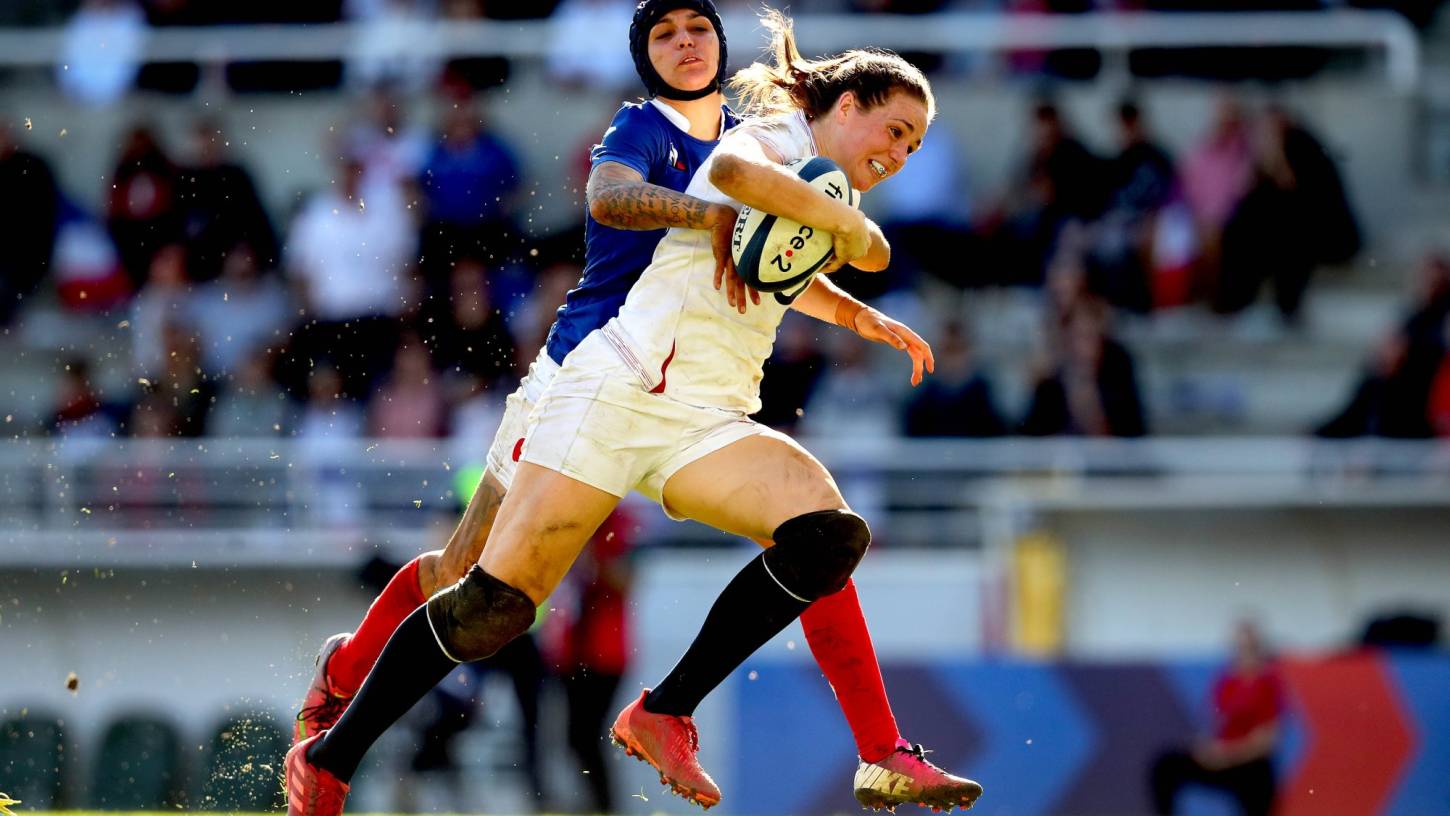 The winners of the last two Grand Slams met in Pau with England dominating the early stages to race into a 12-0 lead.

But from there, France fought back, with a try from Laure Sansus and the boot of Jessy TrĂŠmoulière as their scrum also got on top.

They had their chances early in the second half, but England’s defence held strong, and just after the hour Emily Scarratt burst through for the decisive score.

While France enjoyed large periods of dominance, the opening quarter was all England, with Abby Dow denied an early try by a brilliant Sansus tackle in the right corner.

The winger did not have to wait for long for her try though. After Natasha Hunt had been held over the line, Dow was on hand from the resulting scrum to cross in the corner.

England kept pressing and were rewarded with a second try when Vicky Fleetwood emerged from the back of a dominant maul, with Scarratt this time adding the extras.

France had barely had a sniff, but from their first real chance they got over. Just on the England 22, skipper GaĂŤlle Hermet chose to pick and go through the heart of a ruck and having gone through, she held off Jess Breach to offload and put Sansus over.

That seemed to raise both France and the crowd and soon after England strayed offside, with TrĂŠmoulière slotting the penalty to cut the deficit to two.

France kept pushing to no avail at the end of the half, and it was a similar story to start the second. The introduction of Safi N’Diaye gave them renewed impetus and they regularly got into the England 22, only to make handling errors under pressure.

England had one score chalked off early in the half, a brilliant Sarah Bern burst disallowed for an obstruction that had opened up a gap in the build-up.

Â The Red Roses are playing some wonderful rugbyÂ

But just after the hour they made the break. Amber Reed made a half-break before offloading brilliantly to Scarratt, who burst clean through and under the posts. Her conversion made it 19-10 with time running out for the hosts.


France refused to give in, and camped on the England line in search of a second try. They could not find it, although a TrĂŠmoulière penalty got them back to within six points to earn a losing bonus point.
2020-02-02
Thank you so much, if you tweet or share
Tweet