GEORGIA HEFFERNAN RULED OUT FOR SEASON MAGIC AND STARS PLAY OUT FIRST EVER DRAW
Netball - 16. January 2020.

Outstanding attacker Ameliaranne Ekenasio has been named as captain of the Silver Ferns, joined by vice captains Jane Watson and Gina Crampton in a new-look leadership group for the Vitality Netball Nations Cup which starts against England in Nottingham on Monday (NZT).Â Â 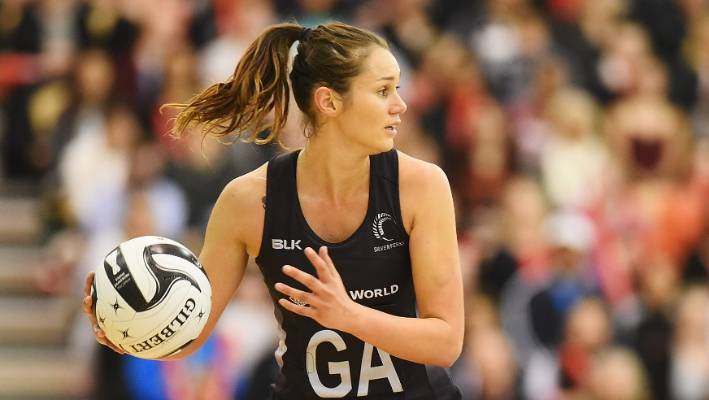 The Silver Ferns once again used their team voting system which included all players, management, Netball NZ CEO and the Head of High Performance.

“I was very pleased that the process highlighted many players in the group that are leaders in different areas and this is important with both Laura and Katrina taking their sabbatical breaks,” she said.Â Â

Ekenasio, who debuted in 2014, played a significant hand in the Silver Ferns performances last year including the Netball World Cup win in July and Constellation Cup in October, and was named the MYOB Silver Ferns Player of the Year at the 2019 New Zealand Netball Awards.Â Â

Taurua said Ekenasio’s on court performances, growing confidence as a world class athlete, leadership qualities and genuine care for others made her a contender for the captaincy.

“We have all watched Ameliaranne take her game to a new level last year showing a maturity in her game, consistency in performance and ability to shoulder the pressures on and off court,” she said.Â

“On top of that she is such a lovely person who genuinely wants the best for others and ultimately for the team to be the best.

“As a result of our process she has the respect of her peers and management. Respect and trust is crucial in leadership as we continue to pursue to live and breathe the values of the Silver Fern.”

Ekenasio, who has 37 Test caps, moved to New Zealand in 2014 having been born in Queensland but of Ngapuhi heritage and quickly made her mark for both the Silver Ferns and the Central Pulse.

Her confident long-range shooting and high workload on court has seen her become a key cog in the Silver Ferns frontline.

Taurua said Watson and Crampton brought plenty of experience to the group and along with Ekenasio provided leadership in all areas of the court.

“Both Jane and Gina are captains within their ANZ Premiership teams and have complimentary skills that will provide support for Ameliaranne,” she said.

“It was important to find that right mix in looking ahead to the future but also naming a leadership group that led by example on and off court for the now. Our current Silver Ferns environment needs to keep growing and adapting to the personnel we have in the mix. We have strong structures in place. Changes are always good and healthy to ensure we don’t become stagnant,” she said.Â Â

The Silver Ferns play the England Roses at 6am on Monday (NZT), followed by the Jamaican Sunshine Girls (6.30am, January 23 in Birmingham) and SPAR Proteas (3.30am, January 26 in London).Â

The final of the Vitality Netball Nations Cup will be in London on Monday January 27 (NZT), with all matches live on Sky Sport and delayed on Prime.