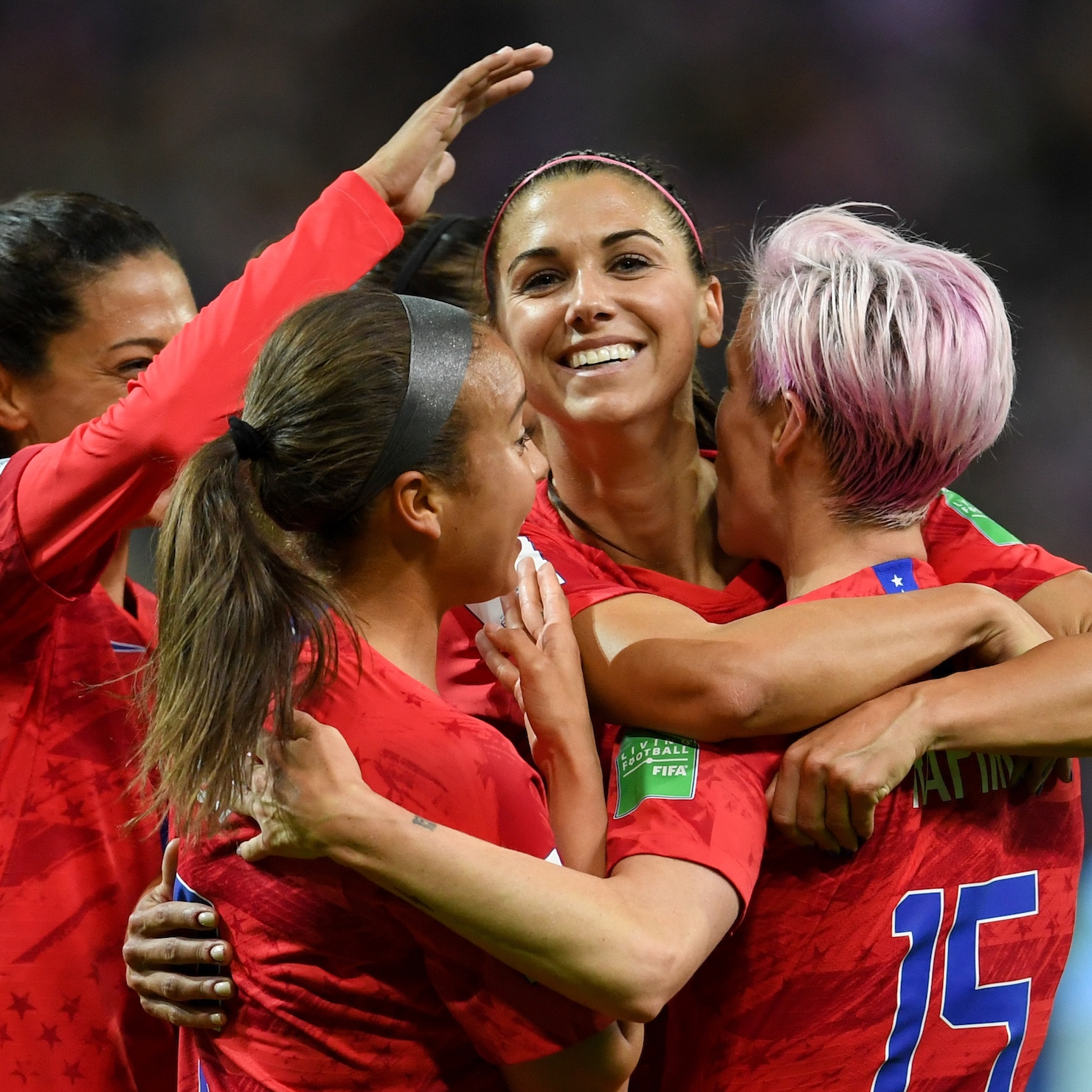 It was the largest margin of victory in the history of the Women’s World Cup, which is being staged for the eighth time. Seven different players scored for the USA -- tying Germany for most in a World Cup match – and forward Alex Morgan’s five goals tied her with former American great Michelle Akers for most goals in a single World Cup match.

In addition to Morgan's exploits, midfielders Rose Lavelle and Samantha Mewis notched two-goal games as the USA set another record as the first nation with three multi-goal performances in one match. The goals were the first in World Cup action for Lavelle and Mewis. Midfielder Lindsey Horan and forward Mallory Pugh also scored in their World Cup debuts, with Pugh’s coming as a second half substitute. Veterans Megan Rapinoe, who donned the captain’s armband, and Carli Lloyd added to their established World Cup goal accounts with single strikes as well.

The U.S. led 3-0 at halftime after goals by Morgan in the 12thÂ minute, Lavelle in the 20thÂ and Mewis in the 32nd. By that point the match was well in hand, but things escalated after the break with the USA scoring a World Cup-record 10 goals in the second half.

From the 50thÂ to the 56thÂ minute, the USA scored four goals in the fastest amount of time in tournament history as Mewis bagged both her strikes (50th and 54th) on either side Morgan’s second (53rd), and Lavelle doubled her tally as well in the 56th.

Up 7-0, midway through the second half, the USA remained relentless as head coach Jill Ellis introduced attackers Christen Press and Lloyd shortly after the record flurry. Then Pugh was also brought on for the final 20 minutes.

With fresh legs, Press assisted on Morgan’s third in the 74thÂ minute, while Pugh added the assist on Rapinoe’s fourth career World Cup goal in the 79th. Pugh then tallied her first World Cup goal (assisted by Morgan) in the 84thÂ minute after Morgan had reached four goals in the 81st. Morgan finished off her record-tying goal haul in the 87thÂ minute before turning provider a final time on Lloyd’s capper that cemented the record score line in added time.