England Netball has revealed its 12-strong team that has been selected for the highly-anticipated Vitality Netball International Series, as part of the Netball Quad Series, which runs from 13-20 January. 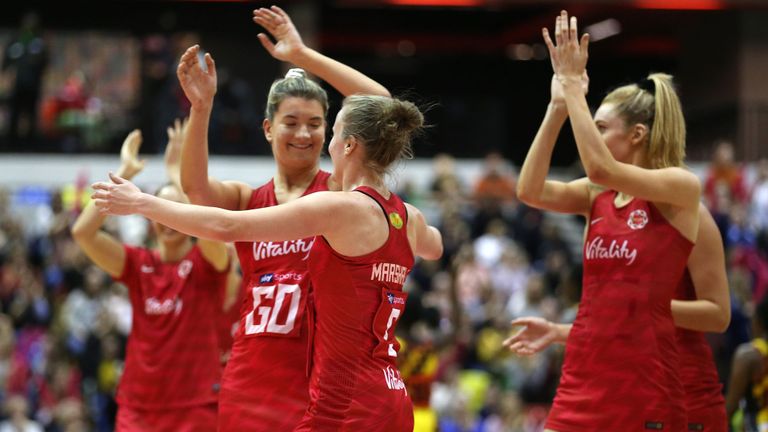 Tracey Neville and the team are now gearing up to face Australia, New Zealand and South Africa as part of the Series, which will be the last time the Vitality Roses compete together before the Vitality Netball World Cup in July 2019.

Serena Guthrie will captain the England squad once again with Jade Clarke, England's most capped player, as vice-captain.


The squad selected for the Netball Quad Series is as follows:

Ama Agbeze is progressing well on her return to play and will continue to be monitored on a daily basis. Jodie Gibson was unavailable for selection due to an ongoing knee problem. She has had an operation and is on a return to play protocol.
The Netball Quad Series comes less than two months after the Vitality Roses triumphed over the Uganda She Cranes in a three-match Vitality Netball International Series.
Tickets are still available for the Netball Quad Series, which takes place in Liverpool and then London over two weekends, via the England Netball Box Office<https://tickets.englandnetball.co.uk/content>.
The action will be taking place at the following dates and times:
Date