Vixens Hold Off Pesky Thunderbirds In Round 10 Win

The Melbourne Vixens have fought out a tough six-goal win in Round 10, defeating a pesky Adelaide Thunderbirds team 63 to 57 at Melbourne Arena on Sunday night.

A 31-goal to 25 first half proved to be the difference in the contest, as the two teams scored 32-a piece in a tight and entertaining second half.

The Thunderbirds were on early, pressuring the Vixens attack and forcing some mistakes from the home team.

But Melbourne soon found their footing, going on a six-goal to one run and opening up a five-goal lead midway through the first term.

With star shooter Maria Folau a late out, it was up to Sasha Glasgow and Cody Lange to keep the scoreboard ticking over against a rock-solid Vixens defence that came out hungry for the ball. 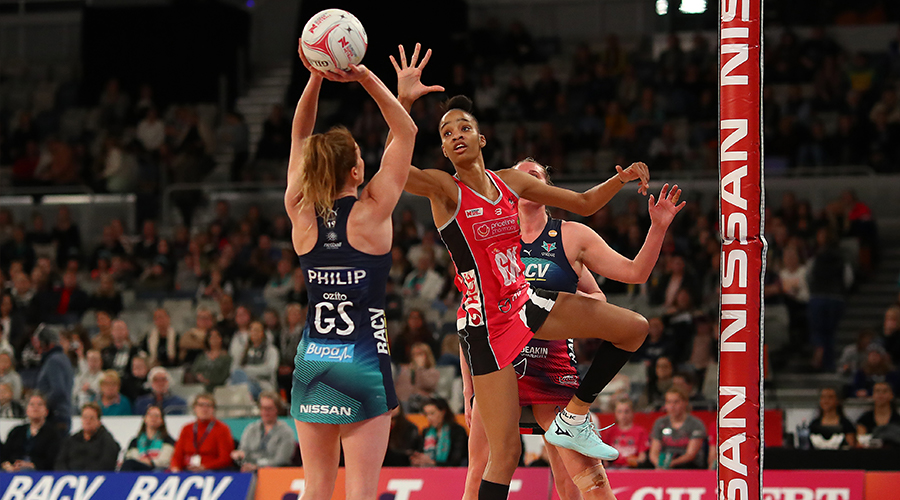 The Vixens came into the second quarter holding a handy four-goal lead, but Kate Shimmin and Shamera Sterling were making it tough for Melbourne to extend that lead, closing the passing lanes and forcing the home team to swing the ball around the court to create space.

It was up to the sharpshooting Player of the Match Tegan Philip, who became the most capped Vixens player ever with her 112th game today, who was able to stretch the Adelaide defence with her ability to shoot from distance. She scored a game high 33-goals from 40-shots for the day and caused the Thunderbirds issues all day.

With her defenders playing hard, Thunderbirds head coach Tania Obst made a move in her attack end, bringing on first gamer Emma Ryde for Lange. Ryde repaid her coach’s confidence with a massive game at goal shooter, dropping 28-goals from 30-shots.

31-goals were scored in a frantic second quarter, but the Vixens were able to pull away late and take a six-goal lead into the halftime break.

The big Melbourne Arena crowd was treated to a fantastic third quarter of netball as the teams went goal-for-goal all the way.

Ryde had a chance to win the quarter for the visitors before the siren sounded but missed the shot that would have won the Thunderbirds their first bonus point of the day. 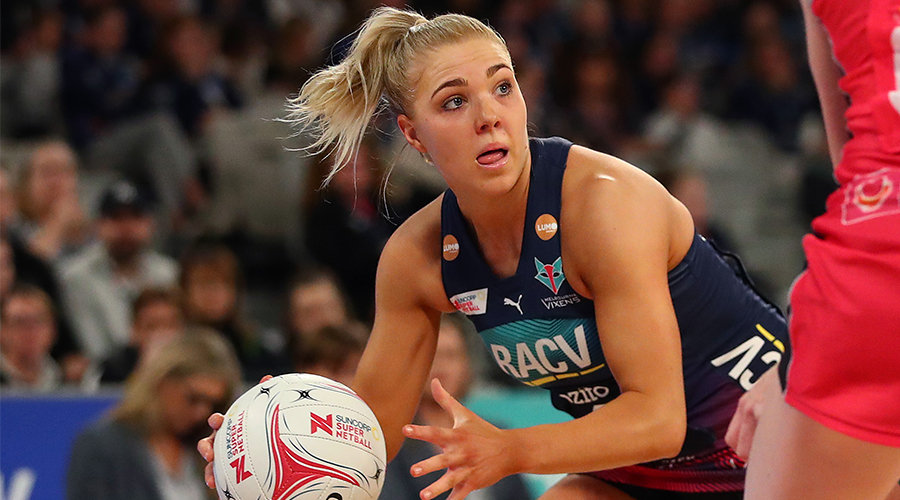 But the Vixens steadied, thanks to the patience of Liz Watson and Kate Moloney, who looked to be enjoying being back together after the Netball World Cup break, combining for an incredible 52-goal assists and 83-feeds for the game.

The Vixens will be hoping to lock-up a place in the top four when they take on the West Coast Fever at home next Saturday, while the Thunderbirds will be back home to face the Magpies in the final game of Round 11.