The Czech Republic’s Veronika Vojtova and Germany’s Stefan Hengst are the 2019 ICF extreme slalom world champions after frenetic finals in Prague on Sunday. 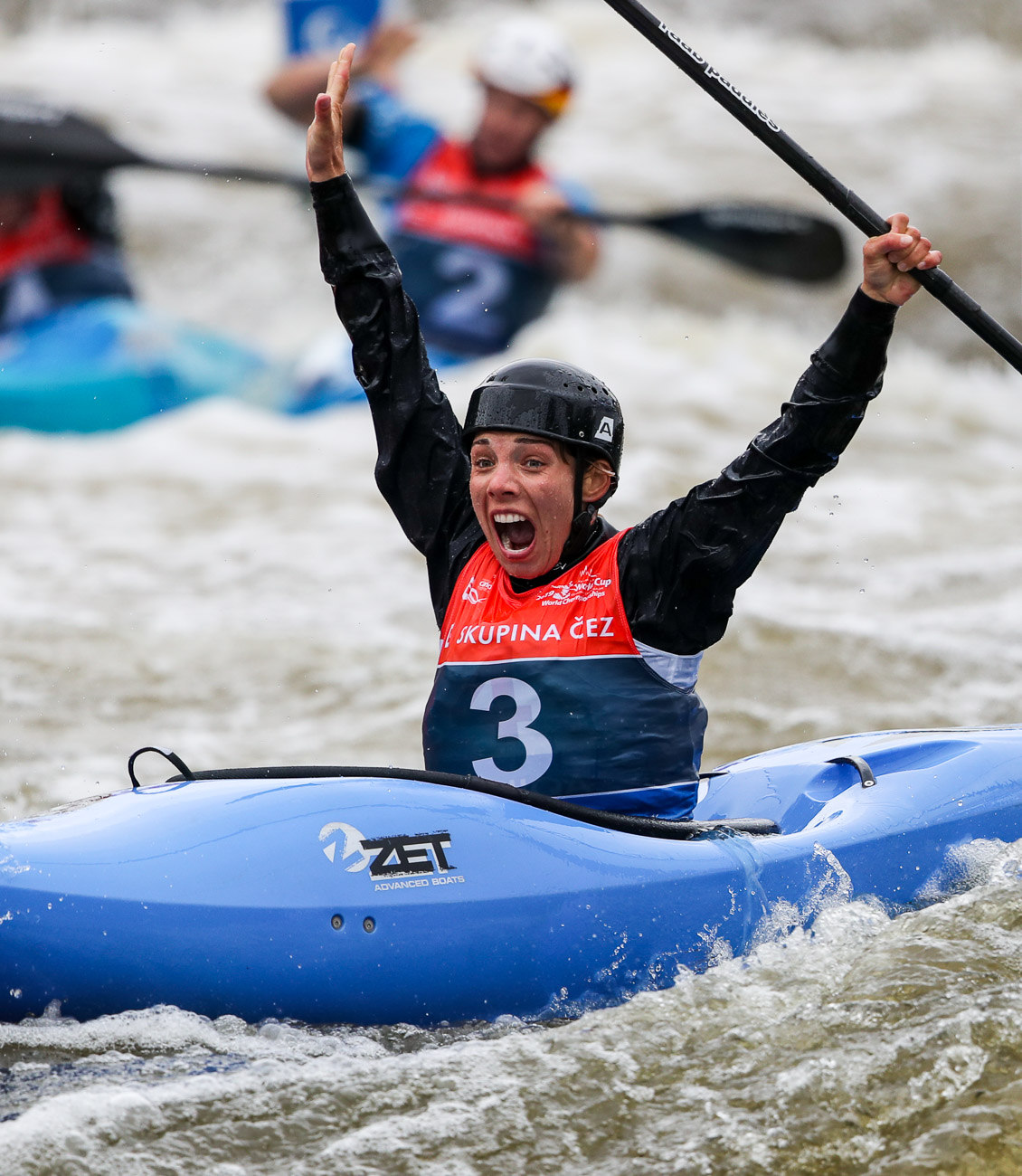 Vojtova found herself up against 2017 world champion, Caroline Trompeter of Germany, and 2019 overall leader, American Ashley Nee, but kept her composure in front of a passionate home crowd to grab the gold.

“It was a perfect day for me, because I managed to win at home,” Vojtova said.

“My slalom run was not good before all the local fans, but now I am a world champion in slalom cross. What a super day.

“My last run was in Rio last year. I had many plans, but this is slalom cross, it’s a crazy time. My start was not good in the final, so I just had to wait for my time.”

In the overall extreme slalom world cup standings, American Ashley Nee came out on top in the women’s competition, ahead of Caroline Trompeter and Polina Mukhgaleeva.