TACTIX AND MAGIC FIGHT IT OUT TO ANOTHER NAIL-BITING DRAW FAST-FINISHING MYSTICS PIPPED AT THE POST
Triathlon - 11. February 2019.

South Africa’s beautiful capital city was once again the setting for ITU’s now traditional Elite triathlon season-opener, the Cape Town World Cup, where the warm February sunshine was offset by some blustery wind and cold waters to keep the athletes on their toes.

Having never broken into the top three on this compact Cape course,Â Rachel KlamerÂ appeared to have a steely determination to put her hot-weather training in Namibia to the test. The wind was whipping around the V&A Waterfront Harbour as the athletes took to the start, but the water remained largely flat for the wetsuit swim and finally the curtain went up on the 2019 season.

From the opening strokes of the swim it looked as though Netherlands’Â Maya KingmaÂ and USA’sÂ Summer Rappaportwere again going to shine in the water, but Spain’sÂ Sara Perez Sala,Â Tamara GormanÂ (USA) andÂ Fuka SegaÂ (JPN) were all a cap’s width away up the steps and into T1. 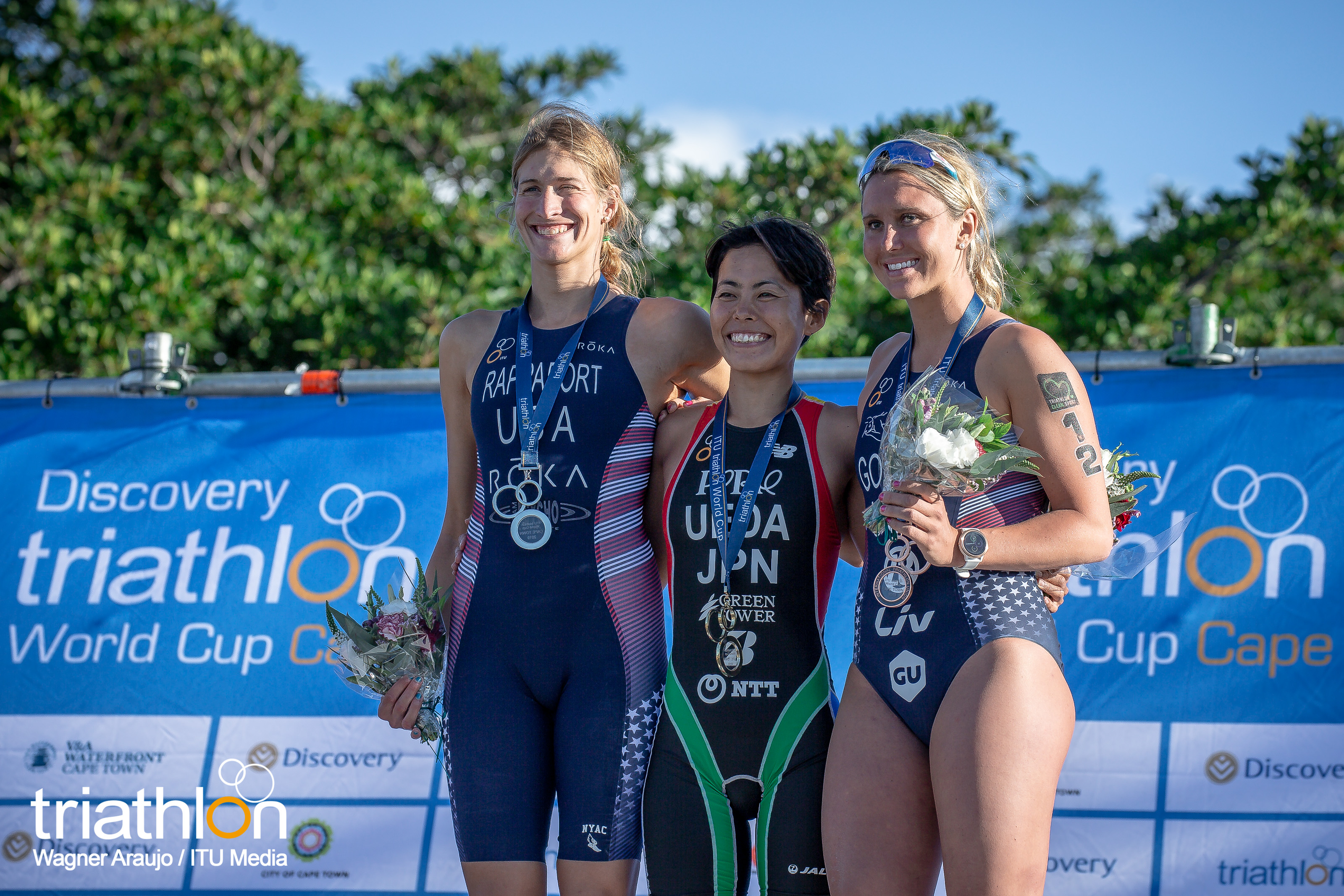 Kingma looked at ease in the opening throes of the bike, the initial twists and turns suiting her well before the four-lap loop around Green Point stadium saw Klamer join the leaders to form a strong group of six.

Behind them, India Lee was spearheading a chase group that included Ai Ueda and Miriam Casillas and was making some inroads on the gap, but despite their best efforts it still stood at 20 seconds at the bell. That had shrunk to 16 seconds by the time they had emerged from T2, and it was clearly time for Ai Ueda to deliver another of her trademark runs in the heat, wasting no time in closing down the gap. While Ueda still had plenty to give, it looked like Klamer was fading, feeling the effects of recent illness as the race wore on, but Rappaport remained in control with Gorman for company. At the final u-turn, however, Ueda was shoulder to shoulder with the Americans, and then dropped Rappaport at the final water station with plenty still left in her legs.

Rappaport couldn’t respond but by now was assured of the silver, crossing the line 7 seconds off Ueda and 13 seconds ahead of Gorman, who was delighted to start a new year with a podium after a difficult 2018. Elsewhere in the field, the 2018 Youth Olympic Games ChampionÂ Amber SchlebuschÂ struggled to find her groove early on but dug in for a spirited run to finish in 28th. The irrepressibleÂ Carolina RoutierÂ (ESP) was back on the start line for the first time in nearly 12 months to finish 20th and an incredible run fromÂ Gillian SandersÂ earned her 5th behind Klamer.