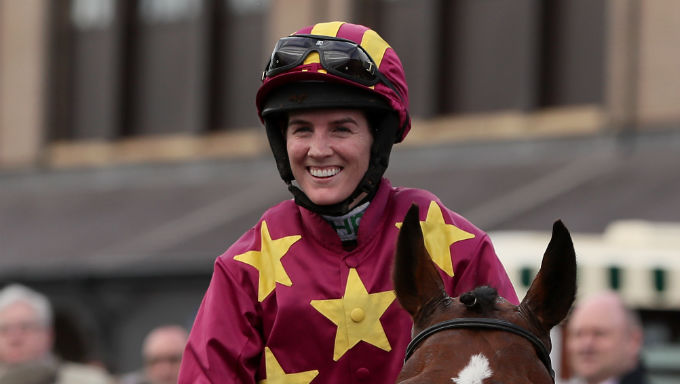 She will partner King of the Throne in Saturday's Classic at the Curragh for trainer Emmet Mullins.

Record-breaking trainer Aidan O'Brien plans to run six horses in the race, which is due off at 19:15 BST.

And he could saddle the same number in the Derby at Epsom a week later, where Mogul and Russian Emperor are among intended runners.

Royal Ascot winner Santiago heads his contenders as O'Brien seeks a 14th triumph in the Irish Derby, which is taking place behind closed doors.

Blackmore, who was runner-up last year to Paul Townend in the Irish jump jockeys' championship, will be riding in the race for the first time on Mullins' 50-1 outsider.

A week later, O'Brien will seek an eighth victory in the Derby at Epsom.

English King is current favourite for the race with Frankie Dettori booked to replace Tom Marquand.

Andrew Balding, who trains second favourite Kameko, said the ride on stablemate Khalifa Sat has been offered to Marquand.